Lewes-born World War 2 Flying Officer Claude Mervyn Wheatley was killed on 22 March 1940 when his unarmed Spitfire N3069, one of two allocated to the RAF’s first operational aerial reconnaissance unit, was shot down and crashed near the Dutch village of Herwen.

His father Ernest Albert Wheatley was the proprietor of the Lewes firm of Browne & Crosskey, drapers and furnishers. Local directories show that Mr Wheatley senior had run Browne & Crosskey for many years. He lived over the shop at 214 High Street, the building at the corner of School Hill and Eastgate Street, opposite Boots.

Dutch historian A.A. Woonings has researched the life and the last flight of Mervyn Wheatley and  has created a Facebook page: Spitfire PR IB N3069 – Remembering F/O Mervyn Wheatley dedicated to Mervyn Wheatley’s memory and to mark the 80th anniversary of his death in 2020. 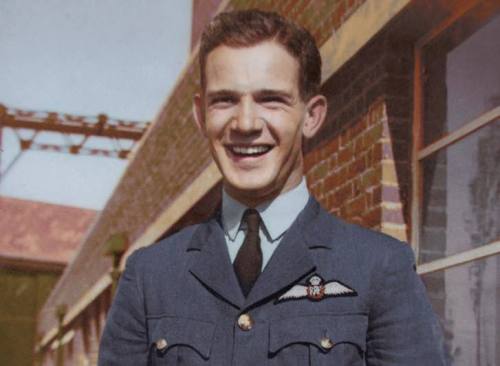 See also an article in Lewes History Group Bulletin 58, May 2015

This entry was posted in Uncategorized. Bookmark the permalink.